In 1950 the sign in the left photo said "Unbelievable but True, World's Largest Group of Natures Living Wonders'".  Today this attraction is the "Trees of Mystery".  It's all the same either way; it's a redwood forest in Klamath Falls, CA.  I think the 1950 ox was much more interesting, but today they have added Paul Bunyan to the new Babe the Blue Ox. Those 1950's cars look really great and that's yours truly running across the parking lot. This business dates back to 1931.  The original Paul Bunyon was built in 1946 but destroyed by rain that winter.  The new Bunyan was built in 1961 and is still standing 53 years later. However, the 1950 Blue Ox's head had to be replaced in 2007.  In 1950 our family took a 60 day trip from Toronto to LA to Vancouver and back to Toronto. This is one of my father's Kodachrome slides from that trip. 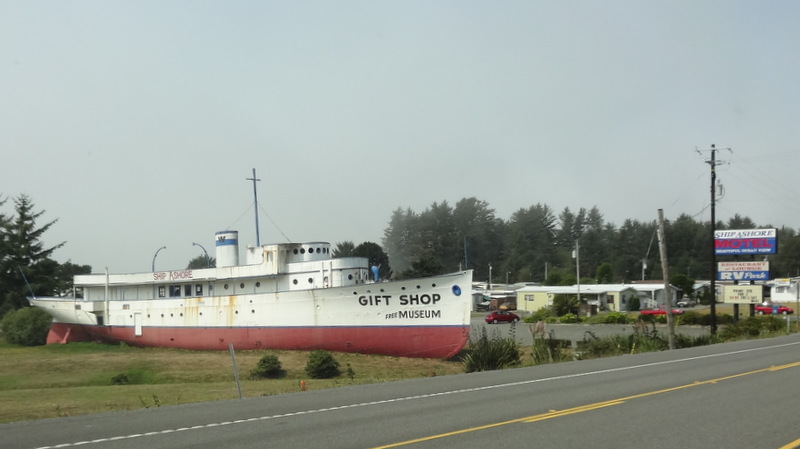 How about this sign beside the Ship A Shore Motel, Restaurant & Lounge, and RV Park in Smith River, CA on US-101.  A few miles farther north we stopped at Myers Creek Beach, a Oregon State Park Scenic Viewpoint and climbed down the rocks and over the dune to the beach. The tide was out and the rocks were beautiful. One rock even had a hole in it. A large dog spent 15 minutes just running in and racing out of the surf. People set up their chairs in the parking area and just watched the sea.  There was little wind and the temperature was in the 70s. It doesn't get any better than this.  Tonight we are in Bandon. 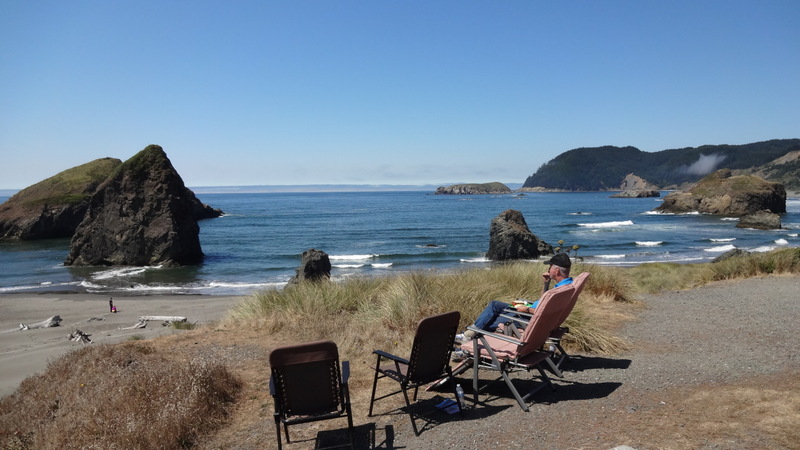 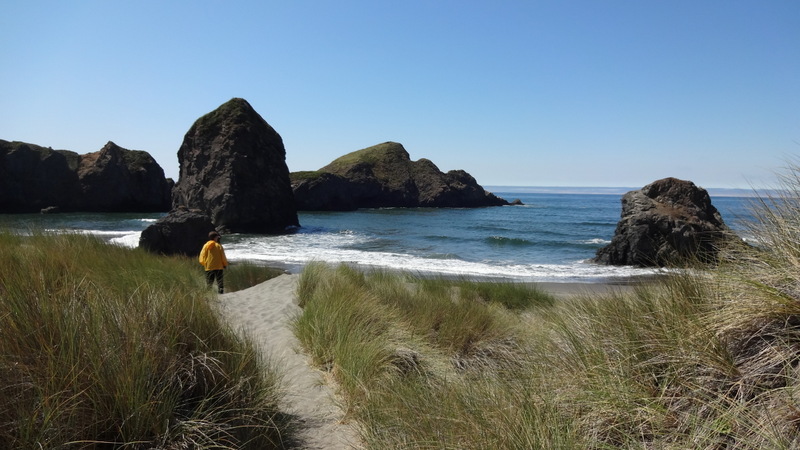 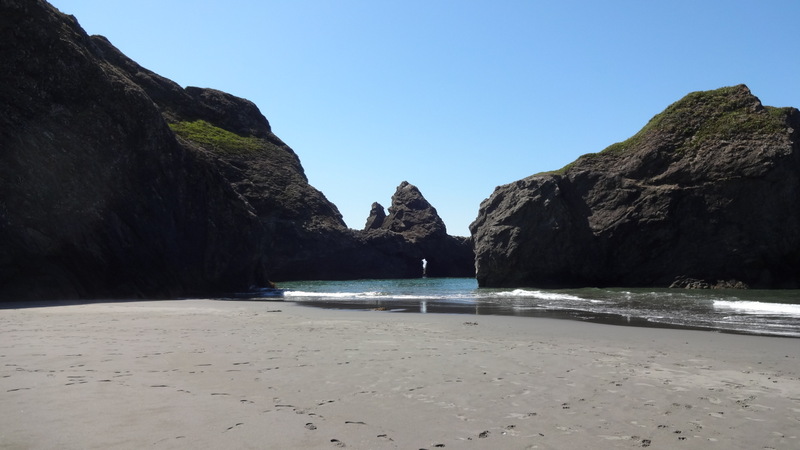 It finally occurred to me that this weekend is Labor Day and we planned to spend the time in one of America's most popular parks, Olympic National Park, without a reservation along with thousands of campers from the Seattle area. This was not good strategy.  I decided to try and stay at a park a few miles south for three nights and then take day trips to Olympic.  Amazingly a KOA in Ilwaco, WA had an open site. The location will also make it shorter to head back east on I-80.