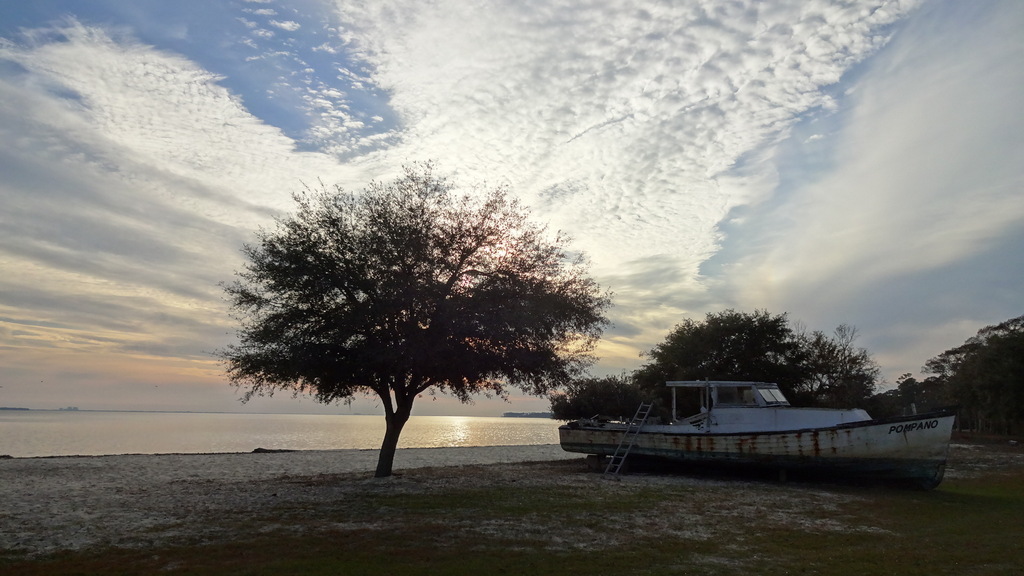 The Rally was over last Sunday and we had one final celebration by going out for dinner at Nick's Seafood Restaurant on Choctawhatchee Bay with three friends from Minnesota and Alaska. There was an interesting sunset we watched from Nick's. On Monday we headed east for a four day stay at St Andrews State Park with three other View/Navions. We had a fantastic dinner at Capt. Anderson's, a place we have eaten at many times since the 70's. It has always been great with fresh caught fish from the Gulf. This was the week of ice storms and snow in Nashville and at the boat. The temperature at St Andrews dropped into the 20s at night but warmed up into the 50's during the day. We decided to cut short the stay there by one day and take four days instead of three days to get to Corpus Christi. 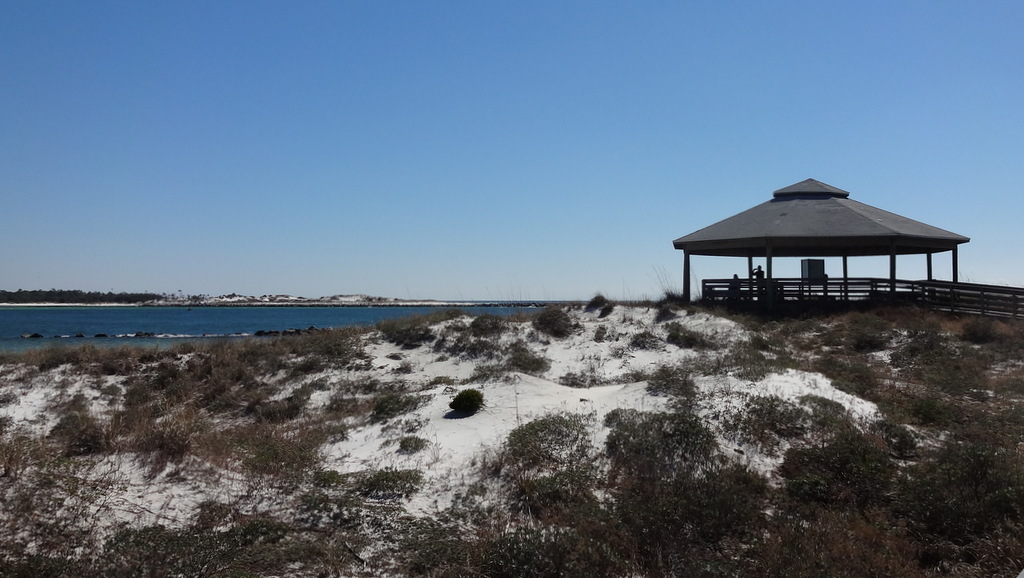 The beach shelter at St Andrews was the most interesting site and the text below, taken from sign boards in the shelter, explains the photos.

From the time the first Spanish galleons ventured near these shores to elude privateers, entry into Saint Andrews Bay had been difficult and uncertain. Because of the prevailing tides and unpredictable storms the channel was constantly changing. Often large vessels would enter only at high tide.

In the 1930's the Army Corps of Engineers decided to solve this problem by dredging a new channel called Gull Bay Pass directly from the Gulf into the Bay.  This was accomplished by cutting through the peninsula known locally as "Land's End" at a point near the mouth of Grand Lagoon. The channel was completed in 1934 at a cost of $604,000. 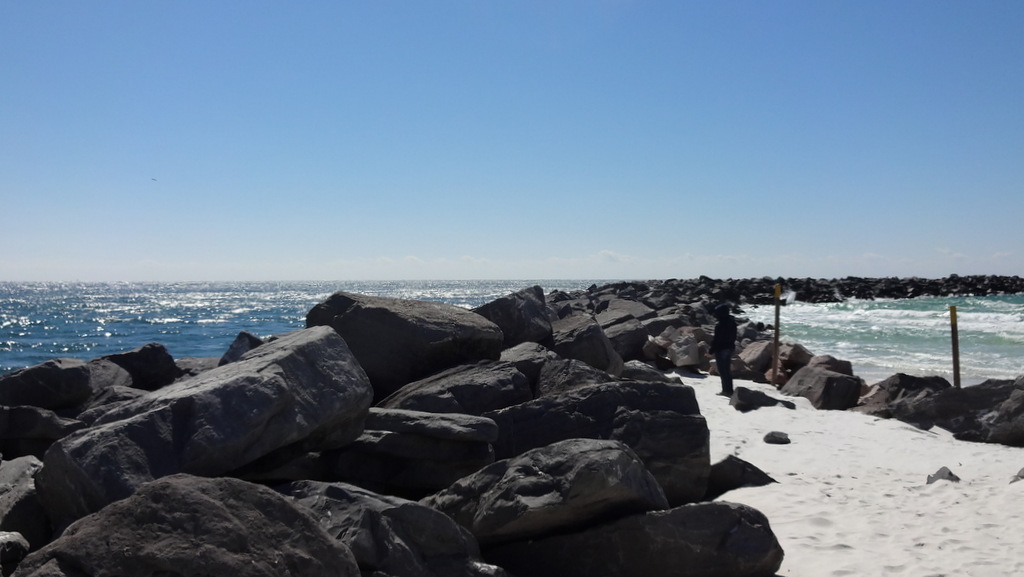 The jetties were made of hand-cut marble blocks quarried near Sylacauga, Alabama and brought to the site by barge and railroad. When in place the blocks were covered by a blanket of asphalt.

In 1942, at the outset of World War II, the US Army established a Temporary Harbor Defense at this site overlooking the recently opened pass. The purpose was to protect the area from German submarines which were operating in the Gulf and Atlantic.  The installation consisted on two 155 millimeter guns mounted on concrete "Panama Mounts" and the floor of the pavilion. 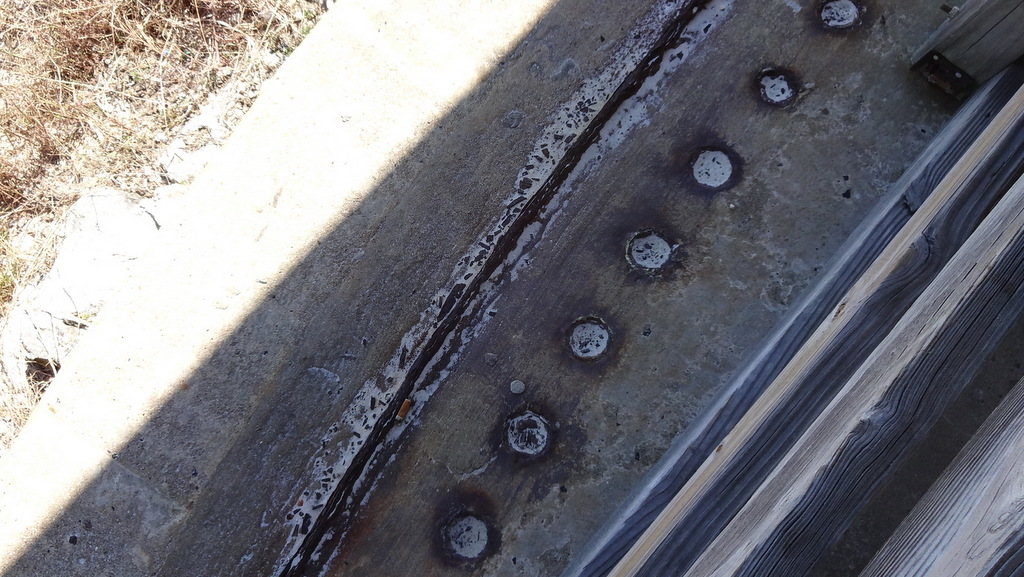 The steel track around the outer rim allowed the gun to rotate 360 degrees. The site was activated in April 1943 and deactivated in January 1944 without a shot having been fired at an enemy.