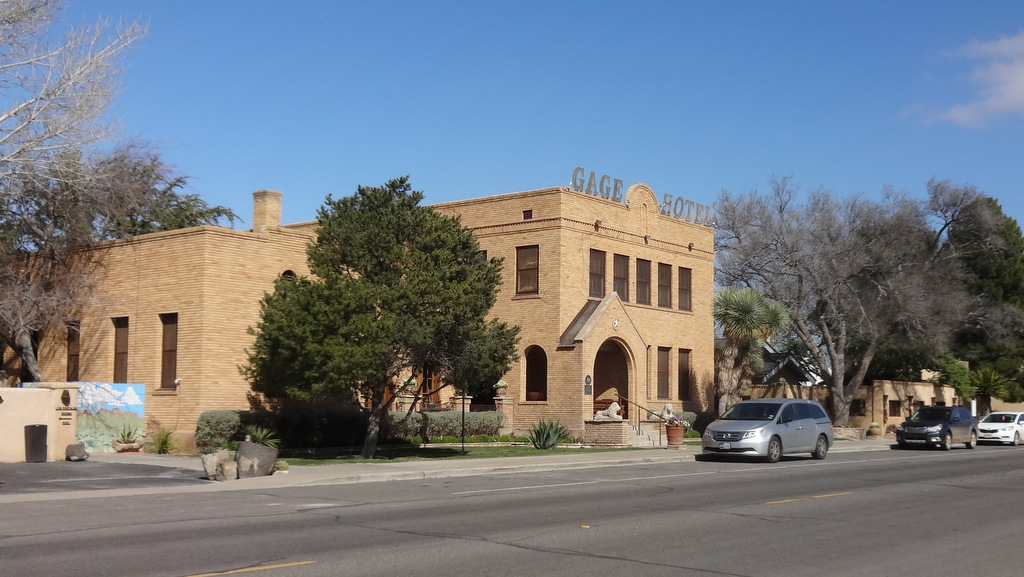 This is an interesting but struggling old town with a magnificent hotel, RV Park, grocery store and a couple of restaurants. It thrived in the days when the railroad made it a crew change point. That was moved to Alpine a few years ago. Other businesses followed such as one closed restaurant had a sign, "moved to Alpine". The Gage Hotel was built as a home, then expanded to accommodate the owners business.

This park provided spectacular scenery at almost every turn. It is very large park about 40 miles E-W and 60 mile N-S. The Big Bend is the 118 miles of Rio Grande River that separates Mexico from the USA. The central area of the park is the Chisos Basin with a ring of mountains the tallest as 7,832 ft. The ring is broken by "The Window" a V between two mountains.  When there is rain the basin empties the water through the window creating a 200 ft water fall.  The Rio Grande is at about 2,500 ft. The park is only open from about October to May because of the summer heat. We found the nights were below freezing and the daytimes in the 60's. 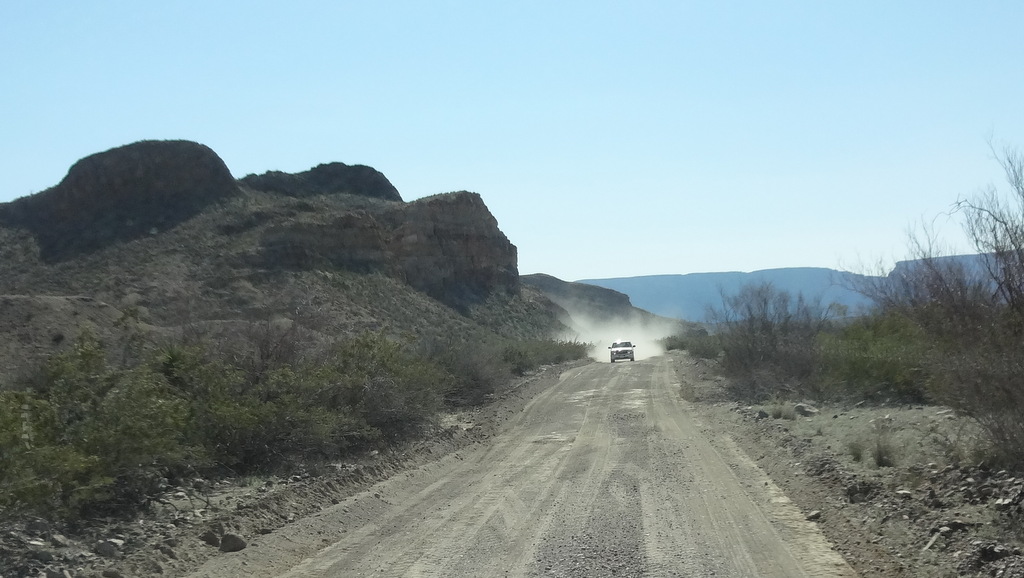 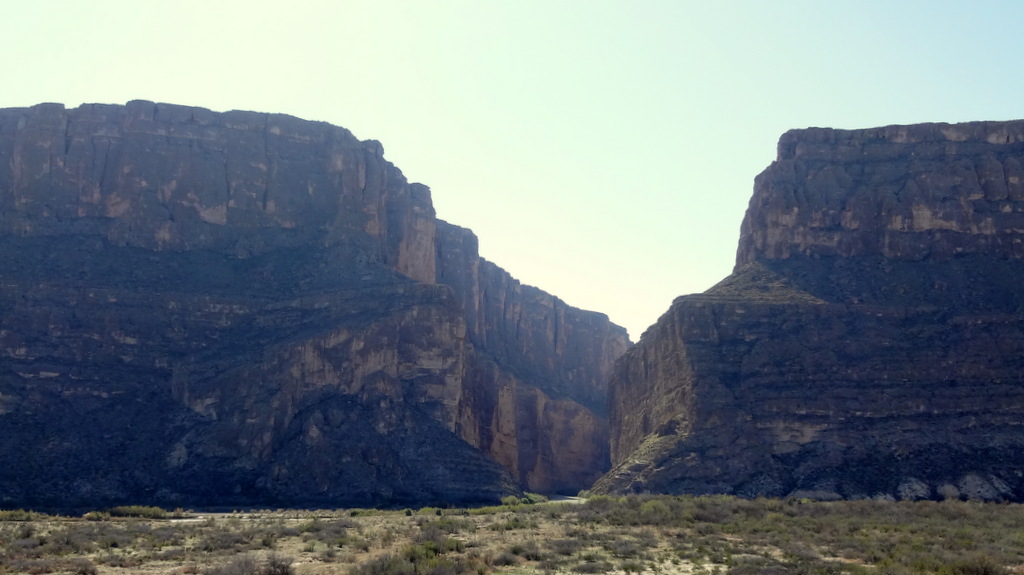 On Friday we drove south on the Old Maxwell Scenic Drive. It wasn't that scenic, was gravel, and pretty rough with a lot of wash board.  The road took us to the Santa Elena Canyon where the river has cut through a 1,500 ft high escarpment leaving a narrow canyon. Mexico is on the east side and the US on the west side of the canyon.  We walked down to the river access where canoe trips are launched. 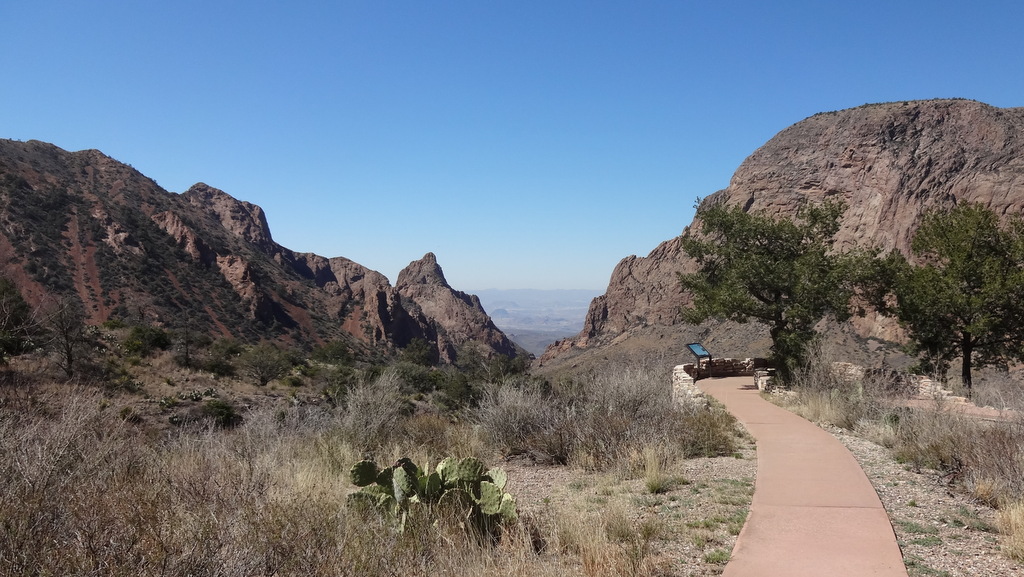 It was foggy both mornings but by noon the fog lifted leaving only a few clouds in the mountains. Saturday we visited the Chisos Basin on a paved road with some sharp turn switchbacks. There are dire warnings against RV's longer than 24 ft and no trailers. We didn't have any trouble at all getting there or parking. We were the only RV. The view through the "Window" was spectacular. 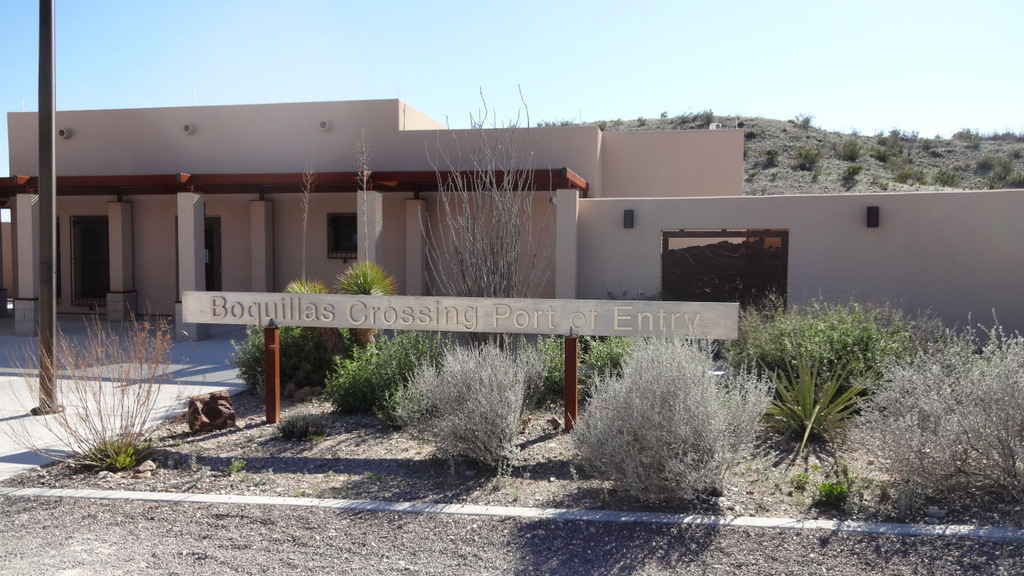 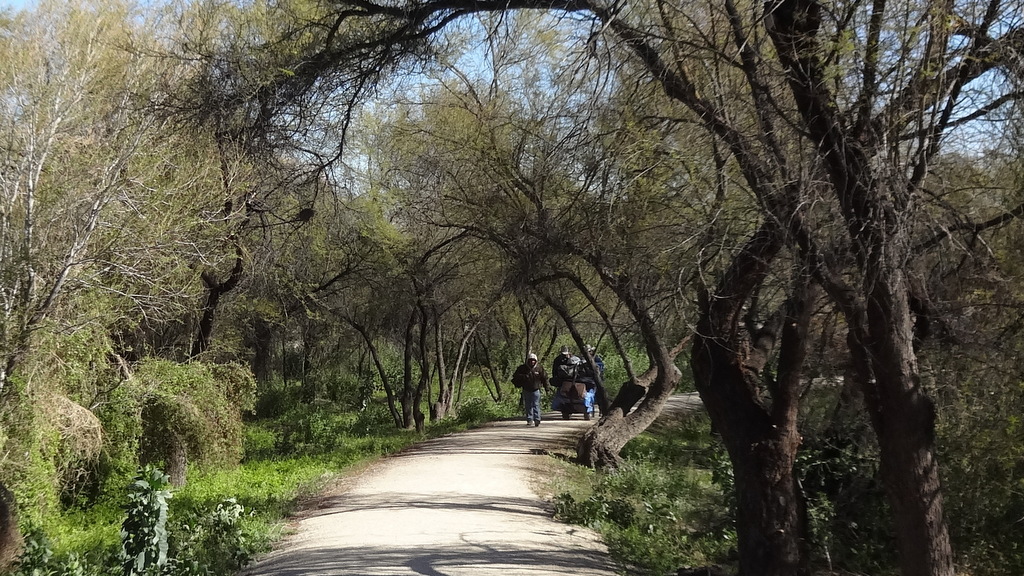 Next we drove 23 miles to see the Border Crossing at Boquillas that opened in April 2013.  After 9/11 the boarded was closed. This crossing is a far cry from the one at Del Rio with a bridge and huge lines of traffic.  There is no bridge just a row boat (visible on right side of river) that takes travelers back and forth for a small fee. A hand full of people in Mexico were waiting to cross and a group of four Mexican men were carrying large bags on a hand cart. There is no problem walking down to the river but I had to show my passport to a scanning machine and talk via a telephone to an officer to get back in even though I had not left the USA. The one officer on duty at the office was very helpful in showing me what to do. 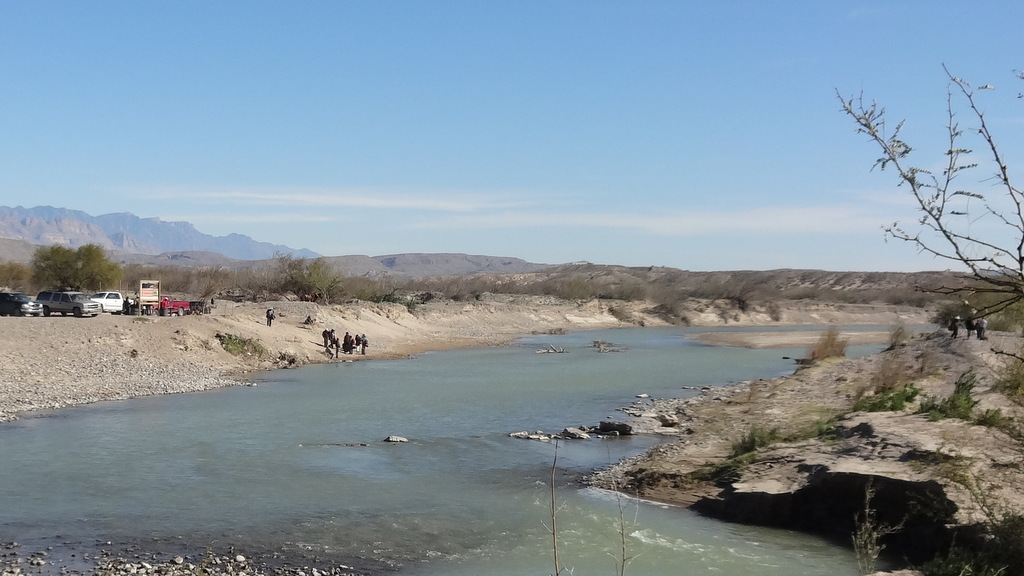 Tomorrow we start the trip back to Nashville.