March 4th is the rainiest day yet. A big storm with freezing rain and snow was forecasted for tonight so we left Caddo Mills (30 miles east of Dallas) early and drove 170 miles to Hope, AR before noon. We are at the Village Inn & RV Park. A name that had me expecting a bar with stuffed chairs around a nice fire and a good restaurant. Not a chance; it's an old two story hotel beside I-30 with not even a lounge. However, it does have quite a few paved drive-through sites with power, water, and sewer. Most sites were empty and the front desk just said pick any site you want. I dumped the holding tanks and filled the water tank as soon as we got here while it was still warm. 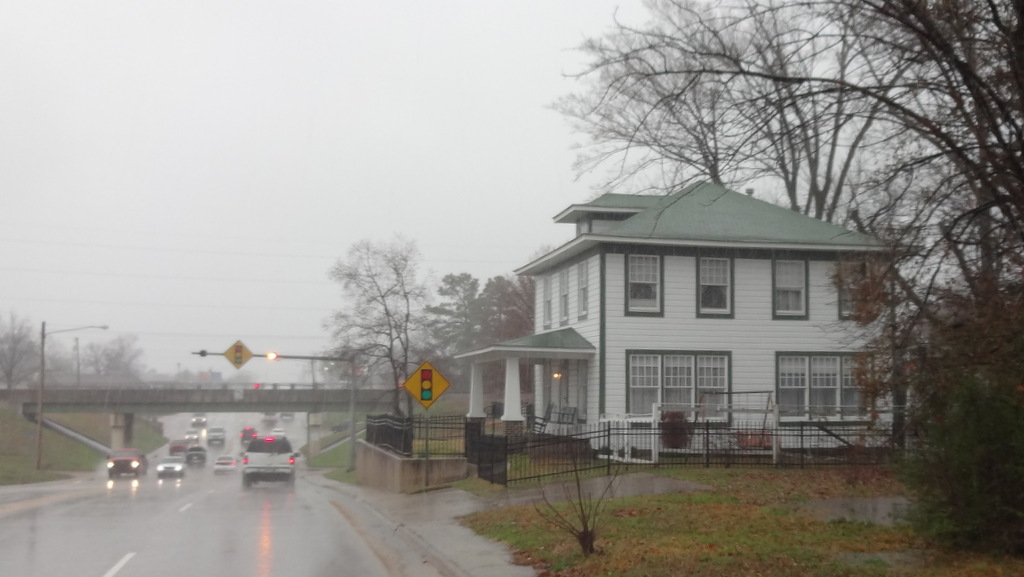 Then we went off in the rain and visited the William Jefferson Clinton Birthplace Home National Historic Site. In the visitor center, they had a well done iPad interactive exhibit that played narrated slide shows of Bill's early life with a few full motion video clips. Then we got a guided tour of the birthplace home which is in another building beside the visitor center. Not surprisingly we were the only visitors. The tour was interesting with lots of late 1940's things to see.

There are a couple of things about Texas I want to write about. The first is the crazy interchanges on the Interstates. Instead of the usual ramps close to the interchange the off ramps are well ahead and go onto a two way side road. So as you go off, a car maybe coming straight toward you before you can slow down. At one interchange, I went off and stayed in the on-coming lane thinking the road was one way. Another driver came up beside me honking and yelling to get over. It was little hard to get over because he was blocking me. The on ramps are the same with similar problems. 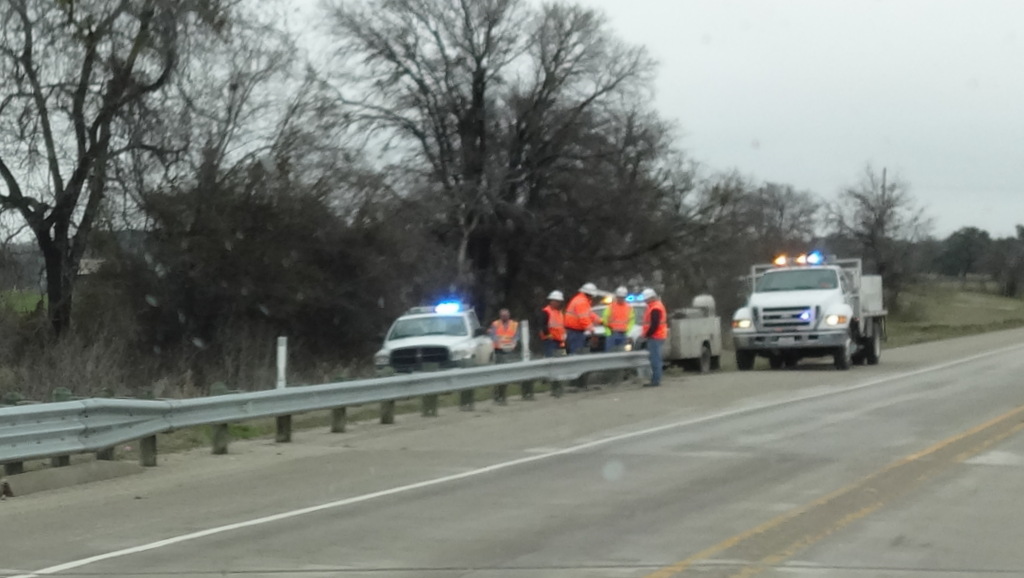 The second point is the many signs that warn about a damaged guard rail ahead. It seems the state would rather put up a sign and leave the damage instead of fixing it. After 1,700 miles on Texas roads we finally saw one damaged guard rail being fixed. They were installing one of crash posts that Tennessee found didn't work very well and caused the guard rail to go right through a crashing vehicle.

This will be our last trip in the View as it will soon be replaced with a Winnebago Trend. During our tour of Big Bend National park at a speed of 45 mph we set a new record of 20.2 mpg. On interstate driving at 62 mph in heavy winds we had the worst mileage ever of 14.0 mpg. Typically we get 16 mpg at 62 mph and 18 mpg at 55 mph. On the day we left Big Bend I drove 34 miles out of our way to buy diesel as I couldn't believe we had enough to go 80 miles to Alpine with what the gas gauge showed. Oh well it's better to be safe than sorry in the wilderness.