RV Side Trips
We have been busy!

What have we been doing? 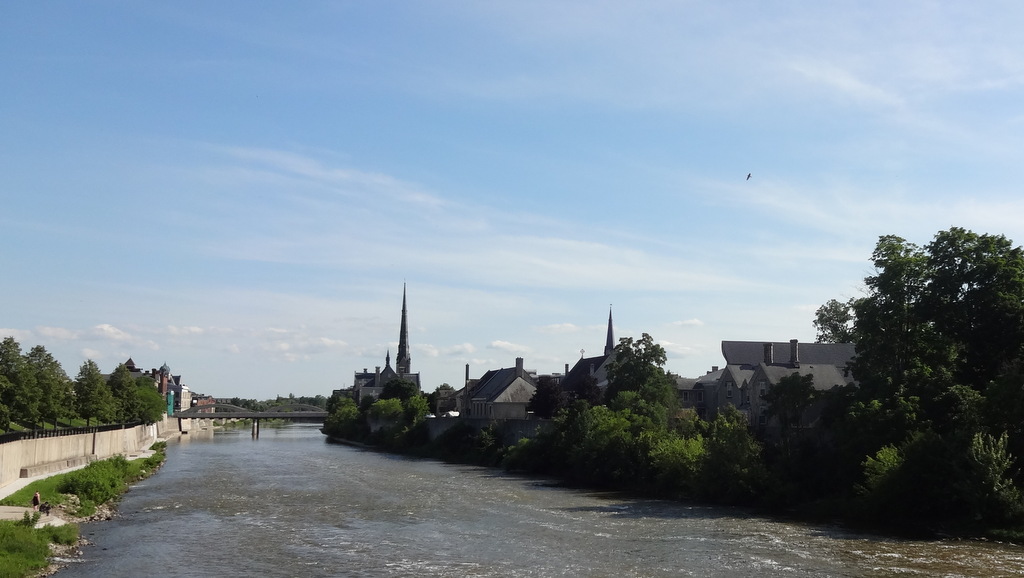 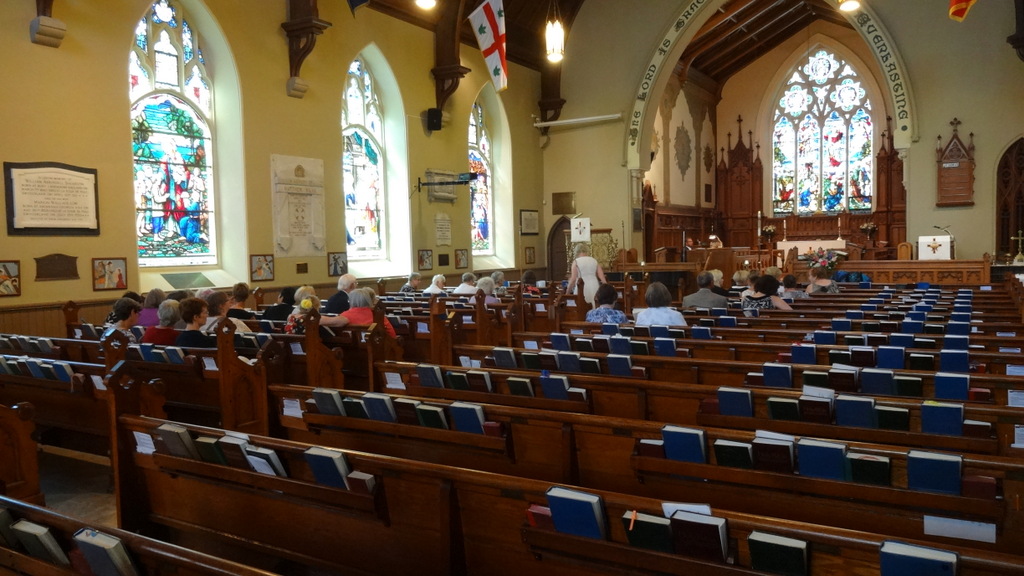 In mid-May my older sister Louise passed away in Dundas, Ontario after a 1.5 month hospital stay at the relatively young age of 77. Consequently she had not taken time to get her home organized for a few years years. We had planned to come up to see her this week and attend a family reunion party with other Duthies. Instead we had a memorial service in a church which was attended by family and her many friends. The service was at a church in Cambridge (right hand steeple in the photo). After the service we walked to the Cambridge Mill Restaurant beside the Grand River and had the reunion with 14 family members from Nashville, Minneapolis, New York, Toronto, Aurora, and Cambridge. 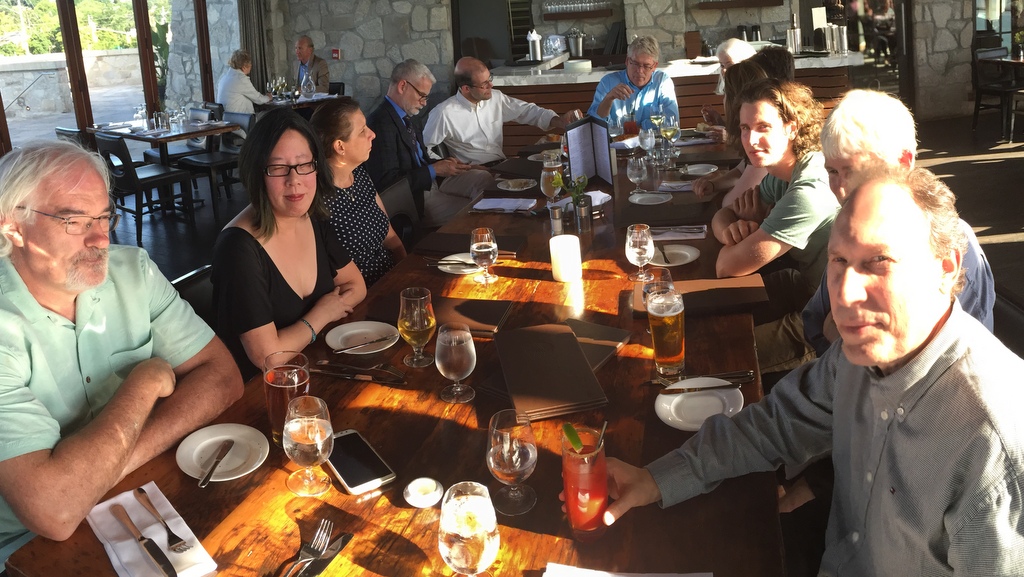 Sorting and Cleaning Up the House 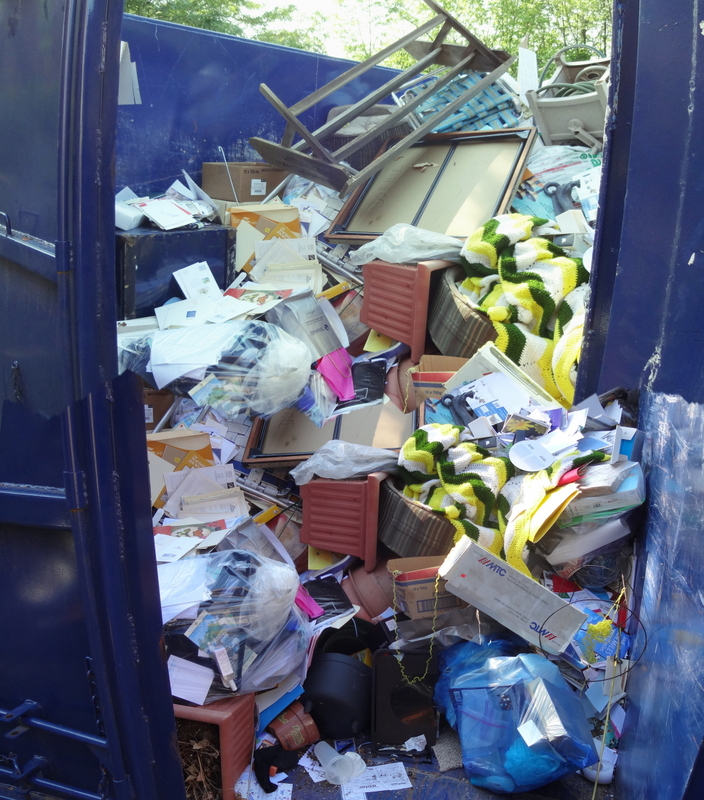 Prior to the service we spent three exhausting days with our sons, daughter in law, and a cousin cleaning out the stuff in Louise's house. We rented a 20 cubic yard dumpster and filled it with trash with about half the rooms in the house cleaned out. There were mountains of letters, documents, etc. that all had to be viewed and either saved or trashed. There were countless boxes of jewelry that Mavis worked on and sorted out. The prize find was a ruby ring in a shoebox that was appraised for thousands years ago. Several relatives and friends gave eulogies and it was great to learn so many things about Louise.

We are now heading west at a rate of 300 miles per day to the Winnebago GNR in Forest City, Iowa which starts on Monday. The new Trend is a joy to drive compared to our View and so far has performed almost faultlessly.  The one fault has been in the dash board display which started out showing how many miles we could go before the unit would run out of gas. Suddenly, without reason that display was replaced by the Month-Day-Year. So far I have been unable to get the far more important fuel display back.

I am sorry to hear about the passing of Louise. I lost my sister when I was 39. She was 37. I am currently 52. Luckily, I have a brother that I am very close with. We dream of traveling in our future RVs with our DWs after retiring.  It looks like your family had a wonderful service, a meal, and time to celebrate Louise's life.