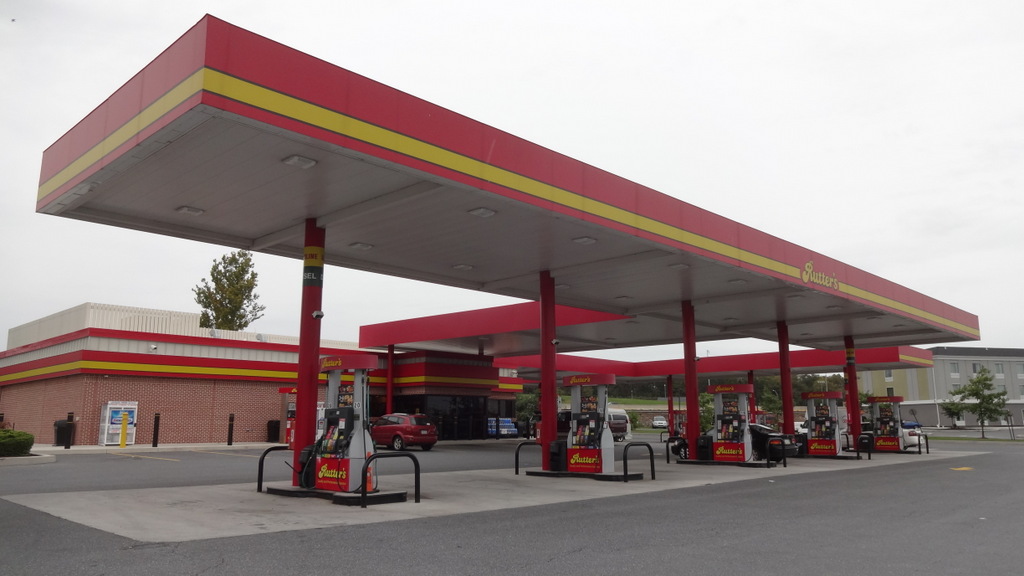 This morning I discovered a new example of technology run amuck. It was at at Rutters gas station in Pennsylvania.  I wanted a simple sausage biscuit and coffee. At McDonald's you walk up to the cash register, say what you want, including one cream in the coffee, pay, and in 2-3 minutes you walk out with your breakfast. Rutters has a Subway kind of counter with two people busy putting breakfasts together and paying no attention to customers. There did not seem to be any way to place an order, so I asked one of the staff and he pointed to some touch screen computers. I found the button for breakfast and there were many choices, with even more on a popup asking how you wanted your toast done. I finally located what I thought would be a sausage biscuit with cheese (8 different cheese choices) but no way to not order cheese.  Then you had to choose what kind of dressing you wanted from a long list of things like tomato, lettuce, mayonnaise, mustard, oil, etc. For coffee you just choose the cup size. I touched the "done" button and a bill was printed out. All this took a good 5 minutes and a lot of reading to find what I wanted. I then waited at the order pickup position for 4 minutes and they delivered a wrap (not a biscuit) containing a sausage patty, a slice of American cheese and some mayonnaise. I asked what about the coffee I ordered. They said you have to get that yourself from 6 or 7 choices and add your own cream. To pay you have to line up at the gas/store cash register.  All this took three lineups and around 15 minutes vs McDonalds one lineup and 2-3 minutes.  This is progress?

Due to the storms and potential hurricane my co-presenter, Joe Pica, cancelled out so he could get his own boat to a hurricane home in Neus, NC.   After two days of rain at a KOA in West Chester, PA we got news that due to hurricane Joaquin and the big rain storm in the eastern states TrawlerFest was cancelled. Apparently their insurance company was concerned. It was probably for the good as the expected large audience would have to listen to me speak for four hours. In addition it meant we could be home three days sooner. 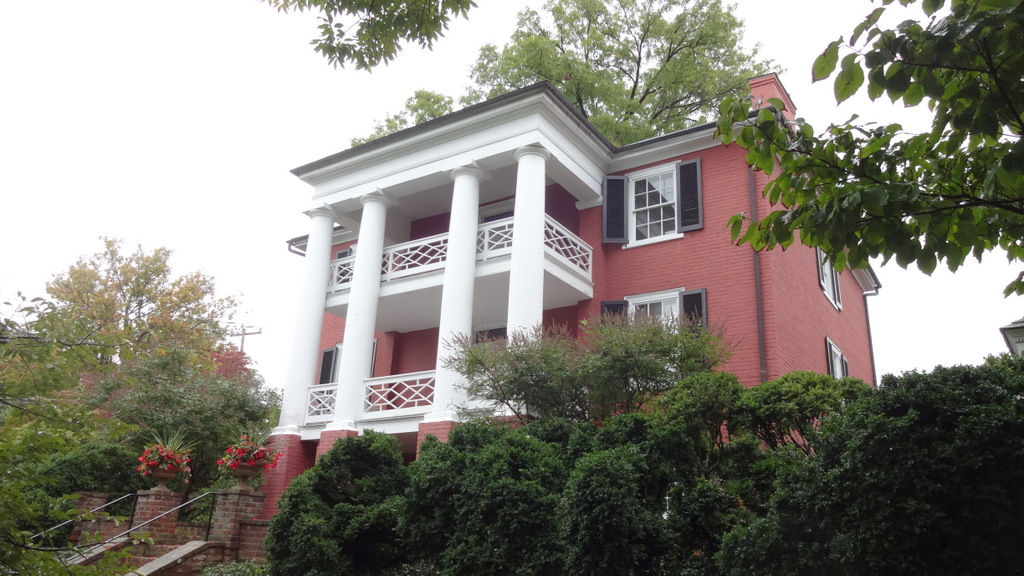 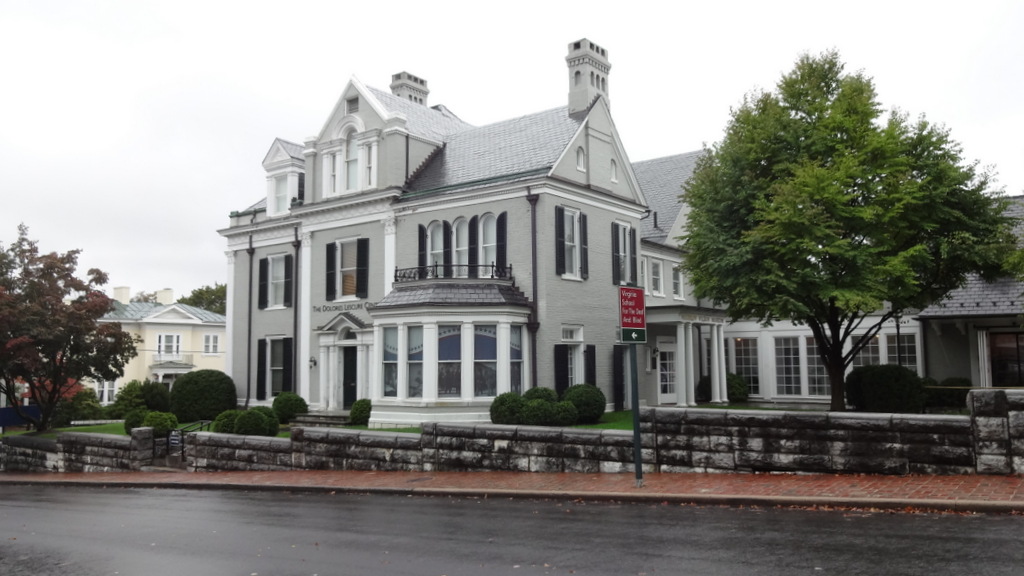 A book I read recently, Wilson by Berg Scott, is a biography of President Woodrow Wilson. It tells a fascinating story of our 28th President. I decided to visit his birthplace and presidential library in Staunton. His father was a Methodist Minister, and was provided a large manse by the church. Unlike other Presidential Libraries funded by 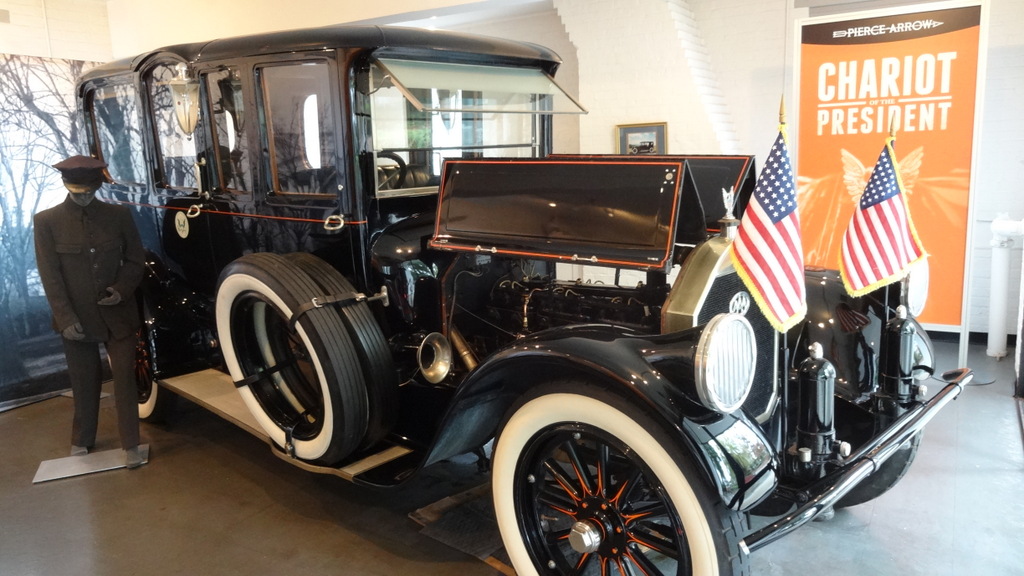 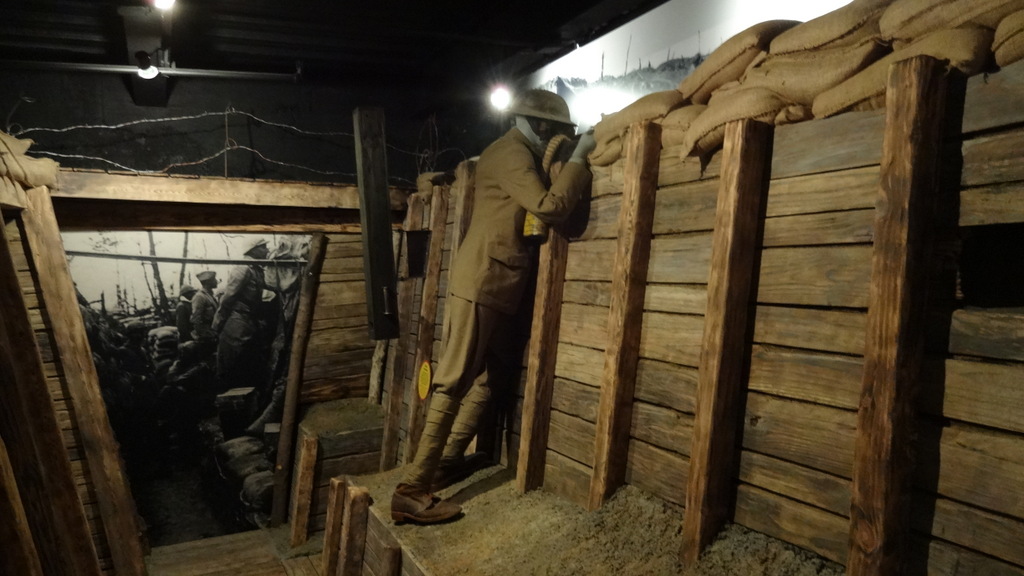 the US Government, Wilson's was privately funded. There is a long standing debate as to whether it should be located in New Jersey at Princeton, where he was president of the University or Staunton. Staunton just went ahead on its own and put together a handsome group of buildings beside the manse. The photos clockwise from the top left show the manse, museum and library, what life was like in a World War 1 trench, and Wilson's Pierce Arrow purchased from the Government by friends and given to him when he completed his second term.

4050 miles, 287 gallons of gas, 14.1 mpg, $685 for gas, average cost $2.39 per gallon. We were away at total of 25 nights, 23 in parks with power, and 2 dry camping in driveways. We had 22 perfect weather days and 3 very rainy days. We had 6 LEDs go bad, bent the rear wheel fender on a fire pit, had a leak in the bathroom ceiling fan and had numerous problems with the on demand water heater. We learned a lot more about the loft bed which worked perfectly for 25 nights and is very comfortable. We are both very happy with the Winnebago Trend.