The big event this week was the loft bed died. There was a big snap yesterday and today I rolled over in the loft bed and there was another great snap. Both drive shafts had broken clearly away from the motor. I found I could raise the bed manually and we put a cushion under it so it wouldn't drop down on our 280 mile trip from Fort Lauderdale to St Augustine.  I put together a short video here which shows how we can continue to use the loft bed with broken drive shafts.

We left the Skunk-Ape Research Headquarters and drove xx miles to Key Biscayne where boating friends have a home and a beautiful boat. We stayed three nights and took it easy. Dinner the first night was at the Yacht Club. Next morning Greg and I went to the Yacht Club for breakfast beside the pool in 50 degree weather. Then we all loaded into Greg's new BMW X1 Crossover. He took delivery in Germany and toured for several weeks. It was then shipped back to his dealer in Miami. It had some very nifty gadgets that increase safety. The most impressive was the ability to self-drive. Greg could go for miles in heavy traffic without ever touching the brake or accelerator. Even when someone cut in front of us it braked hard but didn't cause a collision. We drove out to the Redland Tropic Trail area visited an orchid green house, had lunch in the Fruit & Spice Park, took the tram ride and learned about trees from all over the world, and wound up at Robert Is Here fruit store. 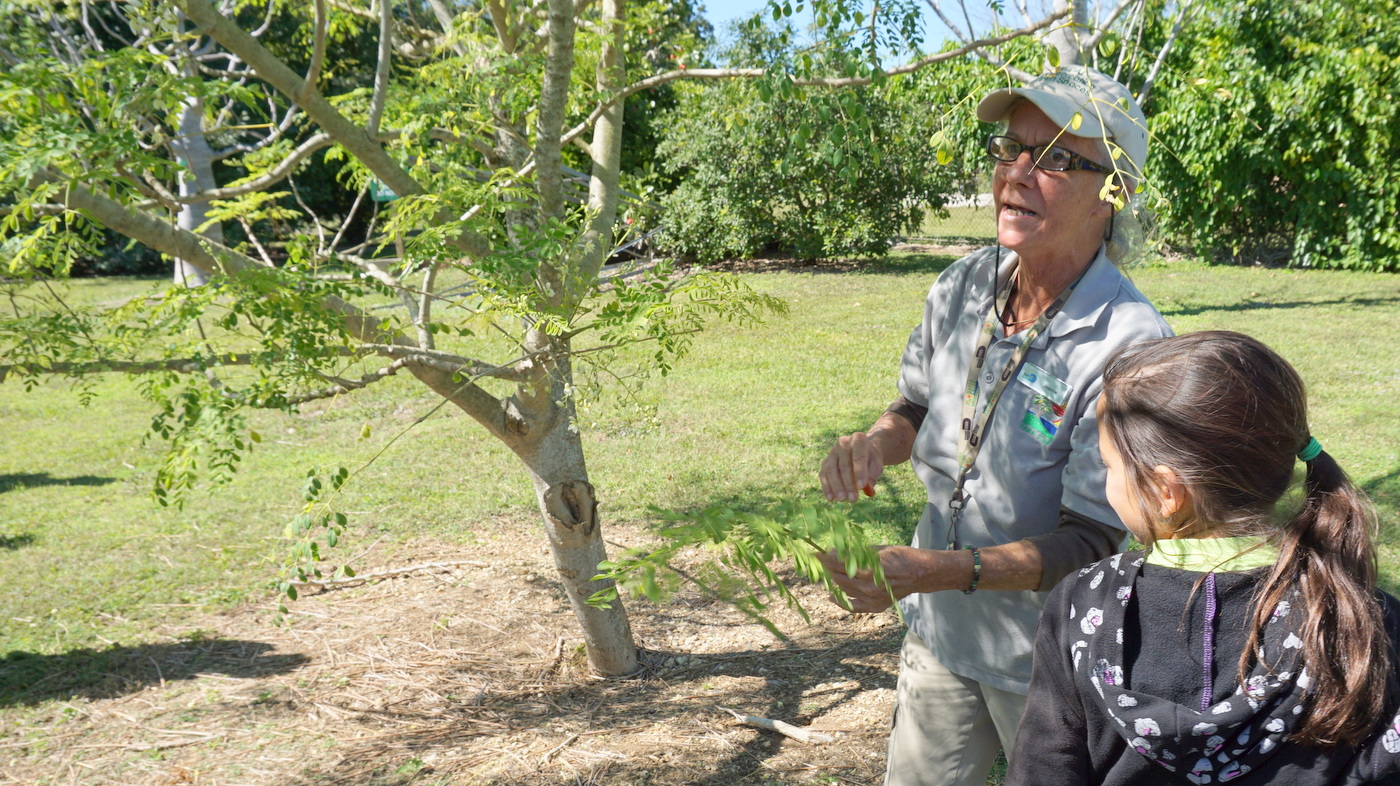 The most interesting tree at the Fruit & Spice Park was the Moringa tree which grows quickly to 15-30 ft, and has nutritious, healing leaves and pods. We all got samples to eat. This tree could save the world so get the details here. Lunch was in the park's Mango CafÃ© with Mango milkshakes. Tip: Order one sandwich and split it. The following day we were to go on a cruise on Greg and Sue's Krogen Whaleback trawler but it was leaking water under the engine from a cracked sea strainer so that was as far as we got. We ate our lunches in the pilot house.

It is just 30 miles from Miami to Fort Lauderdale. We did laundry on the way and got a fix at Costco. We always stay at Yacht Haven RV Park and Marina where many of the RV sites are beside the mostly large boats that stay there.  Walking around I spotted an Ontario license on a Mercedes Sprinter chassis. I asked the owner, Robert, what brand of motorhome he had? He said, "It's home made." He had bought a Sprinter van and converted it to a Class B motorhome. It has a double bed over the cab with sleeping length wise since the sides don't bulge out like Class C motorhomes. It has a composting toilet so there is no holding tank. It does have a water tank and he heats water with a hose loop through the engine like many large boats. He has two large solar panels on the roof with an elaborate panel with charger, solar panel control, and invertor. It is mounted where everything is easy to get to.  The unit we saw is Robert's second. The first one was stolen and not recovered during a European trip. The robbers smashed the big sliding glass door and found the spare key hidden inside.

We spent the best part of the day with Nashville friends on a Water Taxi Boat that goes all around the harbor . Our friends come each year for 8 weeks and own 8 one week time shares in one building and move each Sunday. This way they get all kind of different views of the Intracoastal Waterway and the beach. It is also a much less riskly investment than a condo. The most interesting yacht we saw was "Infinity" a $200M yacht owned by Eric Smidt co-founder of Harbor Freight Tools. Note the cabin cruiser tucked into the side.

We drove 300 miles north and camped at Ocean Grove RV Resort. It was nothing to write about and very expensive. The next day we spend several hours in the city to see what had changed since our visit by boat in 2004. This city is the closest to New Orleans that you can find. It must have at least as many restaurants as New Orleans in the core. 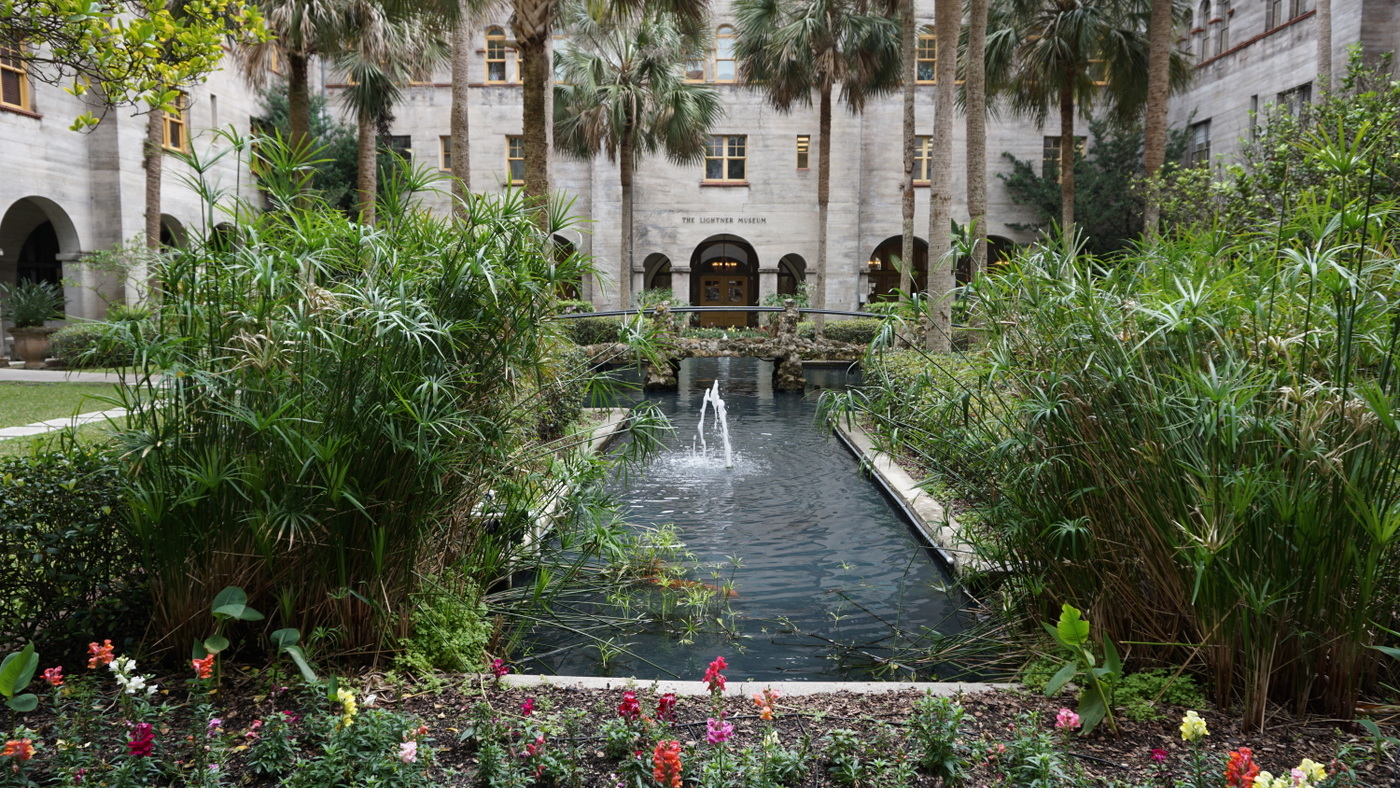 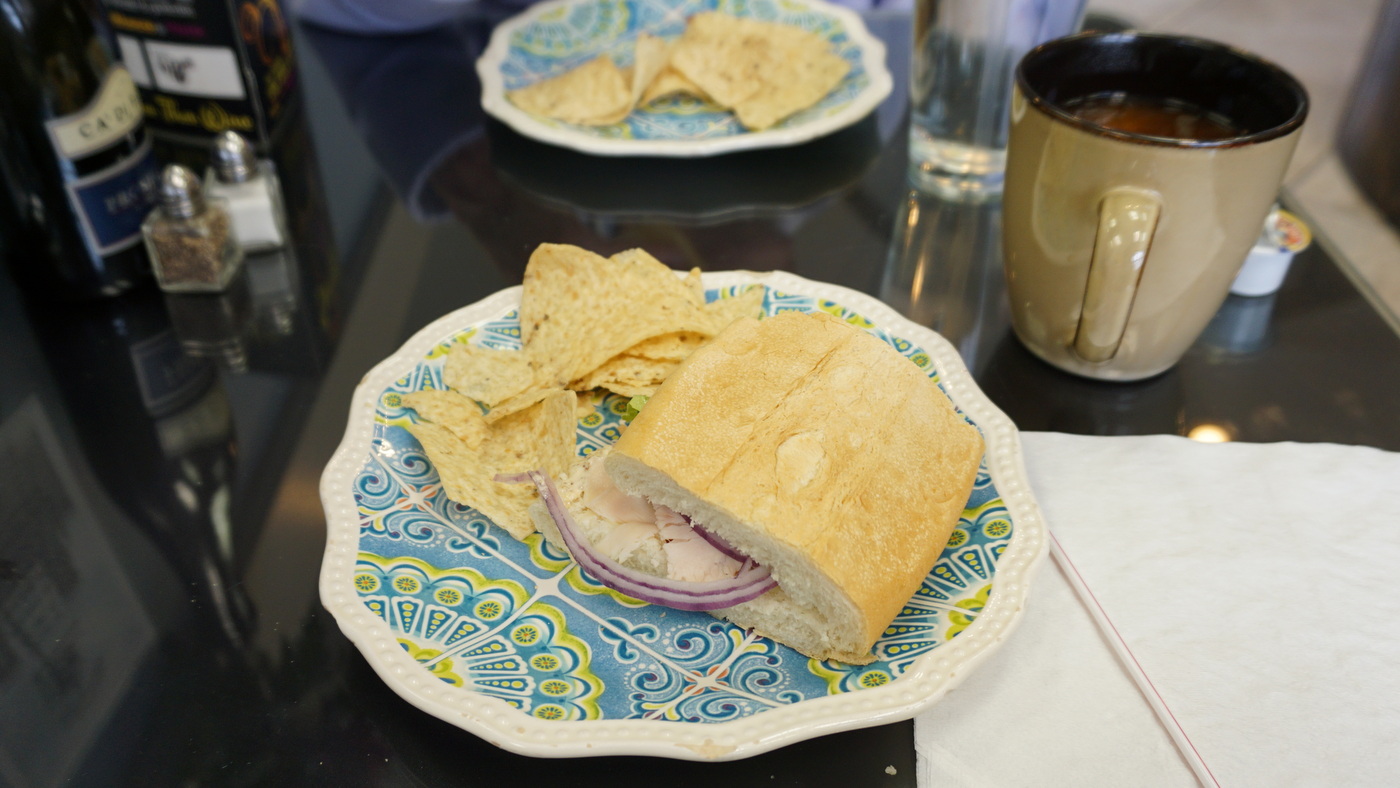 We stopped at the Lightner Museum and St Augustine City Hall that surround a beautiful garden. We had the best lunch panini sandwich and coffee at the Reflections Bistro beside the garden. It's owned by a young couple that were were happy to split the sandwich. 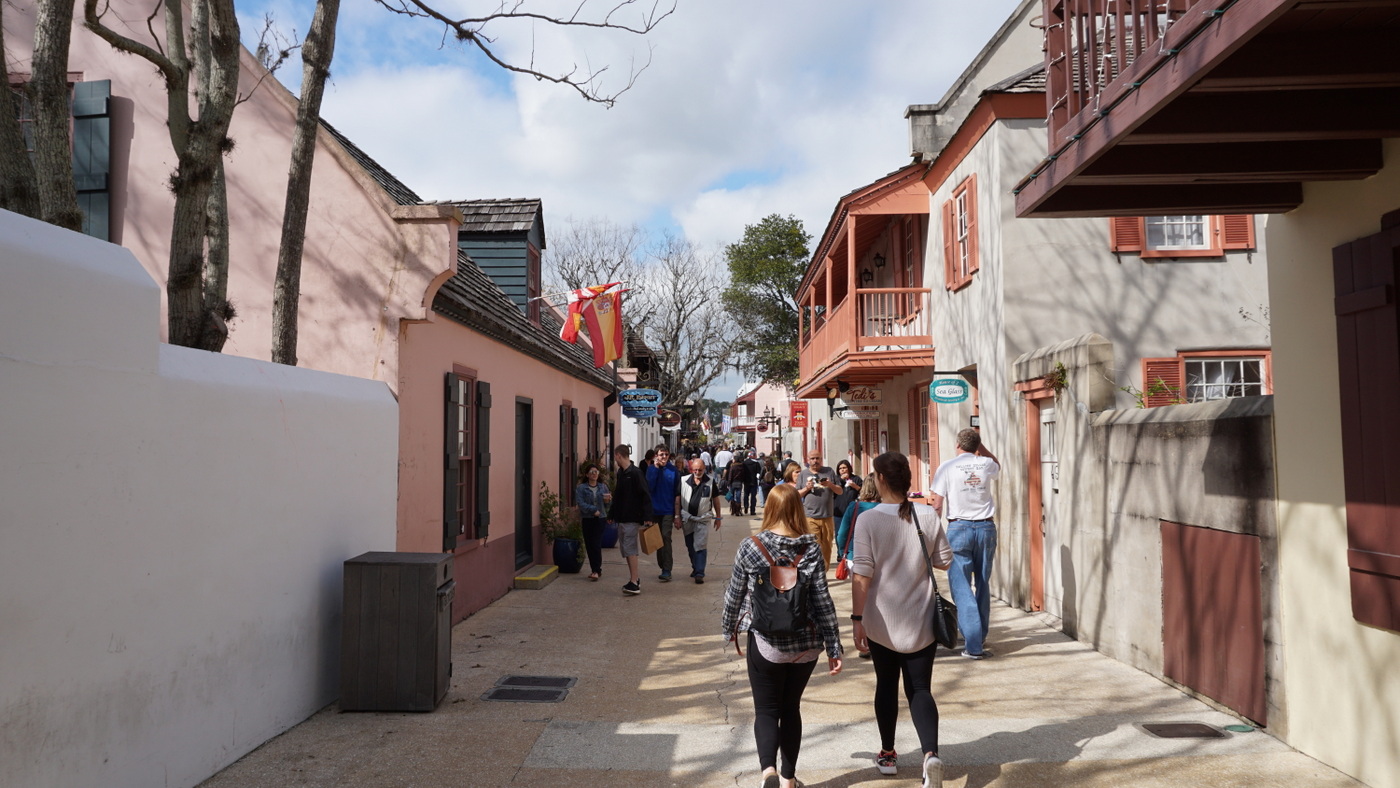 After lunch we walked along St. George St. which is for walkers only. We are now at Jacksonville's Katherine Abbey Hanna Park which is nicer than Ocean Grove and cost about 1/3rd as much.