After our visit to Port Medway we were scheduled to take the 11:00 AM ferry across the Bay of Fundy from Digby to St John.  You are required to arrive one hour before sailing or loose your reservation. Hwy 8 was the most direct route and would take about two hours travel time. Unfortunately, the smoke from a forest fire had closed the route. Hwy 10 became the preferred route.  The GPS was set to find Digby, at exit 13 the GPS said to turn here and head east.  It said to turn one exit too soon. Away we went and eventually found ourselves on Hwy 8 assuming we had passed the blocked road.  We were horrified to find the road blocked and we had to backtrack a considerable distance to get to Hwy 10. Nearing Hwy 101 the limited access road to Digby at 9:45 AM there was still 45 miles to go. At that point we knew we could not arrive by 10:00 AM. We called Bay Ferries and asked what we should do.  They said to come on but we would have to go in the standby line and they could not guarantee we would get on board. The other option was to wait for the 5:30 PM ferry which we would be on for sure. The 5:30 PM ferry would arrive at 7:45 PM. I decided to cancel the ferry, get a $240 refund, and drive some 304 miles around the Bay of Fundy.  We took one shortcut on Hwy 14 which avoiding having to go to Halifax. We arrived in St. John at 5:02 PM before the 5:30 ferry even left Digby. We continue to drive another 70 miles to St Stephen, NB and crossed the border to Calais ME where we are parked at the Calais Motor Inn. The trip was not as much fun as the ferry however we saved time and money. I estimate we spent $58 on gas, and $5.25 on tolls saving overall $175. 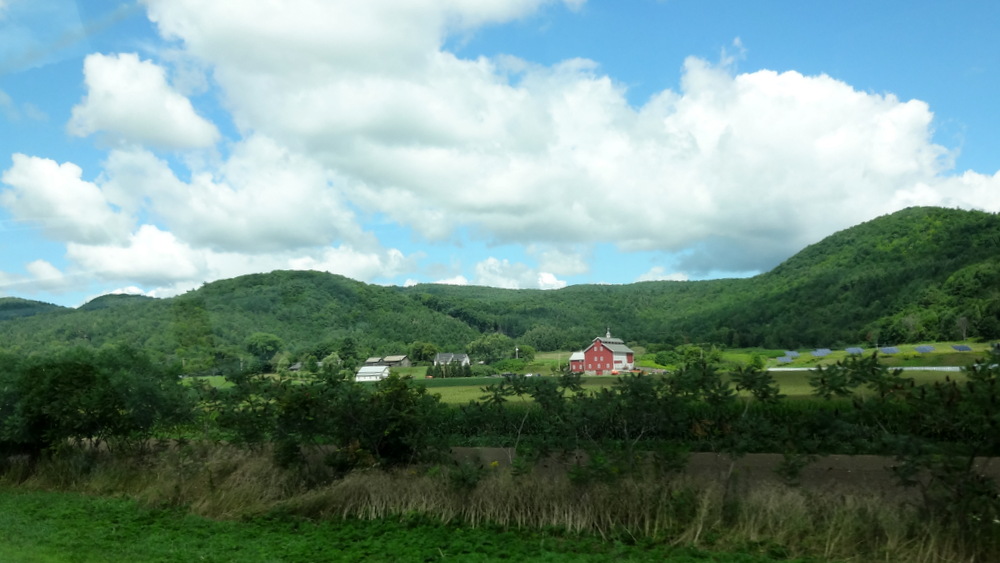 After Calais we headed east on US-2 through the beautiful mountains of Maine, and New Hampshire. To avoid Montreal traffic we rounded the north end of Lake Champlain within a mile of Canada and headed west on US-11 only find the road closed because a bridge was out. It was a long detour that eventually took us to Massena. The road there opened up to a beautiful 4 lane highway but there was a stop light every 1/4 mile and they were almost always red. Apparently you are better off going through town.  We visited friends in Brockville, ON where we used to live. In Dundas ON we picked up the last of the stuff from my sisters estate. 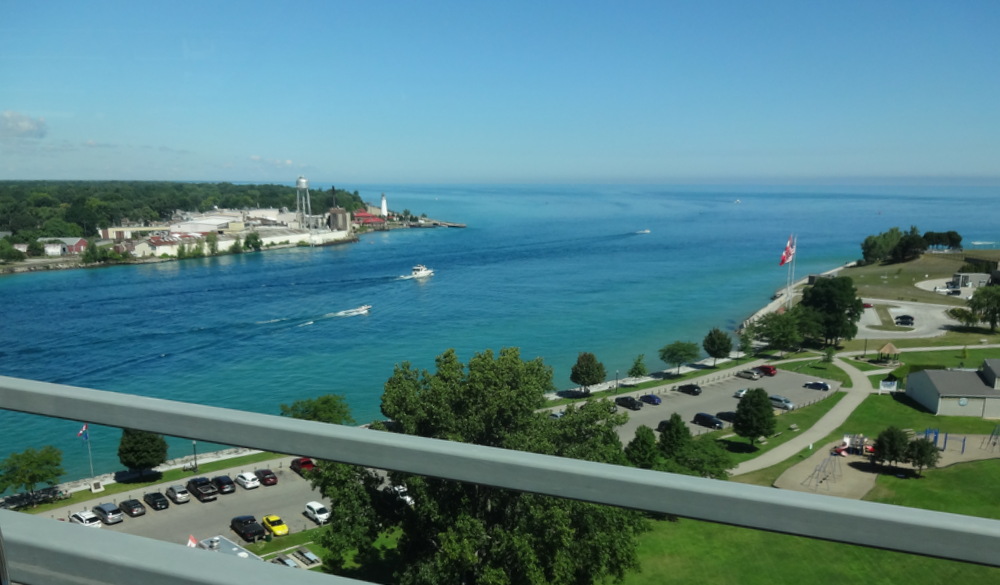 We crossed the boarder to the USA on the Bluewater Bridge at Port Huron. At the Customs & Immigration we were behind a car that was ordered to the office after much discussion between the customs officer and the driver. The officer put a magnetic box on top of the car which I assume tracks the car if the driver tries to escape. Now it was our turn. The officer asked if I was carrying anything and I said "some stuff from my sister's estate". He seemed to be worn out and not the least bit interested in the "stuff" and immediately said go ahead. So much for the beautiful work the law office had done to document everything for customs. We will attend a wedding in St Joseph MI tomorrow and expect to be back in Nashville on Monday.